Benjamin F. Butler: His Use of Profile Portraits

I am embarking upon a new journey into the public and private world of Benjamin F. Butler. This is a series of blog posts that will document some of the histories as I study them. The purpose of my study is better to understand why Butler made decisions that brought much controversy and caused public opposition to his policies throughout his career and life.

Inside of Benjamin F. Butler’s autobiography, you will see a copy of a portrait of himself. He poses with his side to the camera with a signature that reads, “Compliments of Benjamin F. Butler.” The copy is from an engraving of a painting that Darius Cobb did in 1890. Darius Cobb, of the famous Cobb Brothers, hailed as one of the great American artists of the 19th century. (1) Darius himself also painted portraits of Abraham Lincoln and General U.S. Grant. Perhaps the reason Butler chose Cobb to paint his portrait was on the word of mouth by Lincoln and Grant. The choice by Butler may have been deliberate to add extra authenticity to his image by presenting a proud portrait to the public he so loved in his life. It can also be deliberate because of the controversy surrounding his life and career that often overshadowed his good works and real intentions. With the accompaniment of the portrait in his autobiography, he adds the stamp of approval, making the work official with his photo and signature. (2)

The photograph itself does not stand out much during the late 19th century. Profile portraits are very common during this time, and there are plenty of examples of them in historical archives. The placement and choice of the photographic pose in Butler’s autobiography are significant because it keeps Butler in a neutral position. The portrait represents Butler as a public official, a professional, and a compassionate yet capable leader. It also leaves plenty to the imagination of the observer. It may have been Butler’s ultimate intention to allow individuals to judge his past with one’s own eyes and interpretations, absent from popular folklore biases to glean the truth of who Benjamin F. Butler was. (3)


Do you ever have that dumb moment when you do something so dumb, it baffles you? I had one of those days today. I was clicking and reading through some blogs on WordPress. One page I was reading came with music! I thought, wow, I can do that with my blog! Turns out it was a game I had opened in another tab. There was no music playing on a blog site. What a dumb moment! Do not worry, I am not going to add music to my blog site. I know that is annoying to some folks.

Cold hands and a Warm Heart 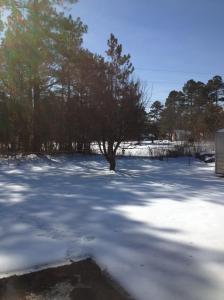