The Pere Marquette Railway Belding Depot was part of a more extensive rail network that began in Northern Michigan in 1889. This rail system was constructed to connect commercial routes through the state of Ohio, Indiana, and Ontario, Canada with Michigan. The railway gets its name from early Michigan settler, Jacques Marquette (1637-1675). It operated until a merger re-established its operation under new ownership in 1947 (1).

The Belding Depot, served passengers faithfully from 1900 to 1941. It provided transportation for the citizenry to the neighboring town of Lowell and was an essential connection between Grand Rapids and Saginaw. The building was a simple structure that housed a centralized ticketing and telegraph office. After operations ceased, it remained vacant except for maintenance tools owned by the city. In 1994, the city of Belding took action to restore the building and it now serves as the city center for government meetings and a local transit hub. The Pere Marquette Railway Depot is a registered historic landmark and exists today to remind folks of the contributions it made to society and its aid to population growth and commerce for the state of Michigan. (2)

History on Saturday: Henry Wikenburg and the Vulture Mine


Today’s History on Saturday is about a ghost town in Arizona called, Vulture City, or officially named Wickenburg. Located in the desert, this little town is full of intrigue. Henry Wickenburg, a Prussian immigrant, moved to Arizona in 1862 during the Gold rush and established a mining town. Managing a gold mine during that time was not an easy task as people came from all over to capitalize on an opportunity to get rich quickly. Rumors of this easy wealth came to folks on the East Coast who experienced unemployment and smog filled industrialized cities. The Gold in the west also attracted some not so nice folks who existed to take advantage of any good hearted person they could find. Mining gold was more about money, not about loyalty to friend or family. After dealing with some shady business investors and loosing money without any idea of how to recover from it, Henry committed suicide in 1905, penniless and a broken man.

Today, you can visit Henry’s dream by touring the Vulture City. I am curious why Henry failed at his mine operation and why at the age of 85, he felt the only option was to kill himself. It seems to be a sad story but one that leave more questions than answers.

For more information on the mine visit here: http://www.ci.wickenburg.az.us/

This Day in North Carolina History 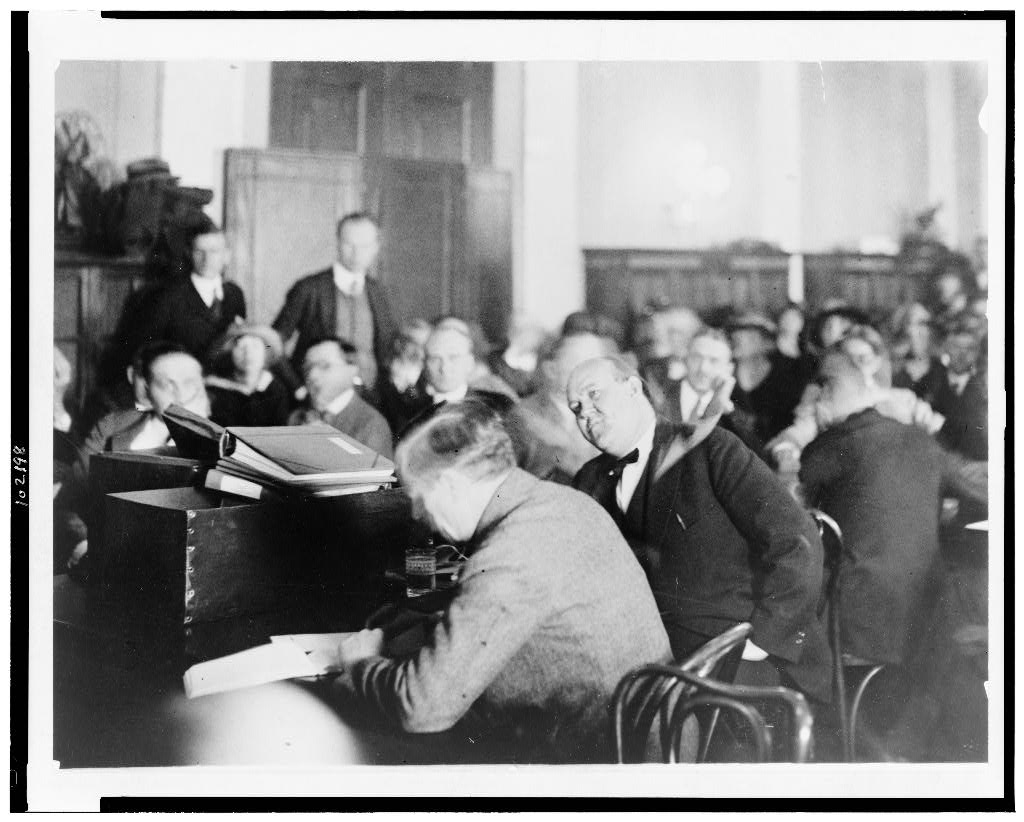 Gaston Means in court. Means is in the center of the photograph with his head tilted toward the camera. Image from the Library of Congress.

The son a prominent lawyer, Means attended UNC and worked as a schoolteacher and traveling salesman before moving to New York to work as a private detective in 1911. For the next 20 years, Means was involved in a variety of dubious activities from stealing money from a widow to advancing the German government’s interests in the U.S. while the country was still neutral during World War I.

Among his most famous hoaxes was his publication of the book The Death of President Harding, which falsely asserted that Harding had a been a central player in all the scandals of his administration and accused First…


Do you ever have that dumb moment when you do something so dumb, it baffles you? I had one of those days today. I was clicking and reading through some blogs on WordPress. One page I was reading came with music! I thought, wow, I can do that with my blog! Turns out it was a game I had opened in another tab. There was no music playing on a blog site. What a dumb moment! Do not worry, I am not going to add music to my blog site. I know that is annoying to some folks.

This morning, I went for my daily walk. I recently moved to Michigan from North Carolina and staying in temporary quarters until we can find and purchase our dream home. So, as I walked along, exploring my new digs, I came upon the town center. There, I saw for the first time a path that goes along the water and surrounds a park for the city‘s recreational events. The trail is an asphalt top and is parallel to bushes and shrubs that grow magnificently next to a giant water source. It provides a small nature preserve that supports an ecosystem. I decided to avert the trail because I am a wild animal magnet. In the past, I have walked along trails in woods and experienced foxes, deer and wild and feral cats. Looking at the bushes, I figured there probably is an animal around because of the water source. I did not want to have an encounter this morning without a walking stick.

As I walked away from the trail and onto the grassy field next to the path, I saw the Canadian Goose Brigade coming my way. Neck was stretched and curiosity was all over their little faces which were directed at me. I decided to point my GPS away and re-route myself. I did not want to have to challenge them and I did not want them to test me. Because I had wandered into enemy territory, I picked up two small weapon (stones) and armed myself in case their commander insisted a recon of me. As I walked briskly in another direction, I looked over my shoulder and saw the geese heading slowly and calmly toward the water. I was grateful. I did not want to tussle with a Canadian Goose and especially now. There is sure to be a mom and trail of gosling with her and that would be even more dangerous to bring attention to the fact that I am in their environment and they are in mine.

History on Saturday: The Smithsonian’s Exhibit of Earl Shaffer and the Appalachian Trail


Summer is for adventure. So, gather around the computer for an online tour of The Smithsonian’s Exhibit of Earl Shaffer and the Appalachian Trail. As documented in the exhibit, Shaffer was a tired veteran of World War II and sought solitude in the mountains to clear his head and plan his future. I know that feeling, having retired from the US. Army myself. Veterans tend to want some peaceful quiet and privacy after military life. As Shaffer embarked upon his journey, he documented what he saw. This was to share his information with folks back home.

Fortunately, his writings have been preserved so future generations can be further inspired by his perseverance at innovation. He took what he had learned in the army and put it to good use with his explorations. Who knew that a small idea would lead to so much success with his trail blazing. He encouraged folks to be brave and bold and to seek out adventures in America’s nature preserves. At the same time, he educated people about some of the beauty nature had to offer and avenues for further exploration.